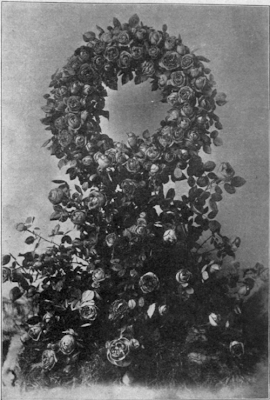 "The wild smilax is the greatest acquisition of all. Just wound around pillars, covering ceilings, or on the outlines of arches, it is grand and becoming." 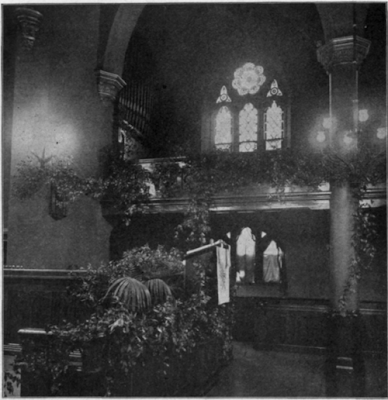 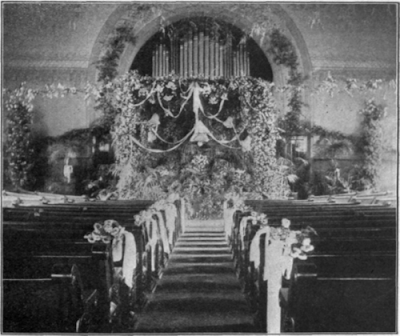 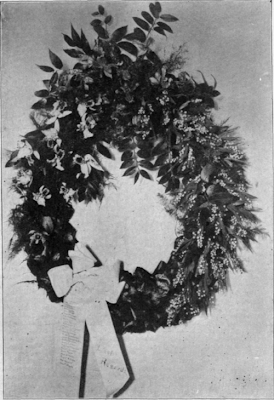 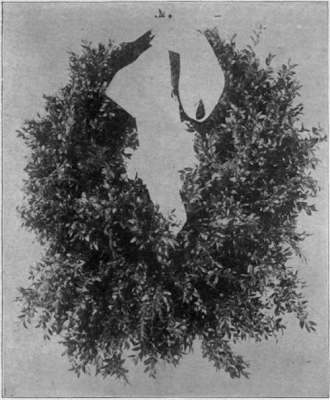 "If they had been unpacked, the bunches laid out and a little damp sphagnum laid between each layer, this careless and ignorant mistake would not have occurred, but the cooler the cellar the better.
This instance of how not to keep galax leaves was not an accident; it was neglect, for which in the old harsh days men used to lose their jobs; but since store clerks (alias shopmen) wear 5-inch stiff collars and part their hair in the middle, it hurts their feelings to instruct them." 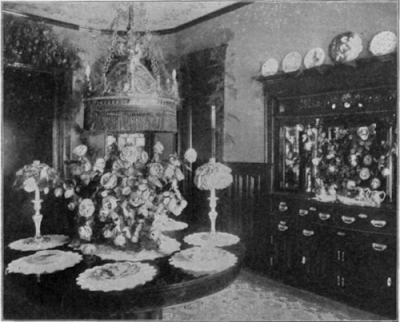 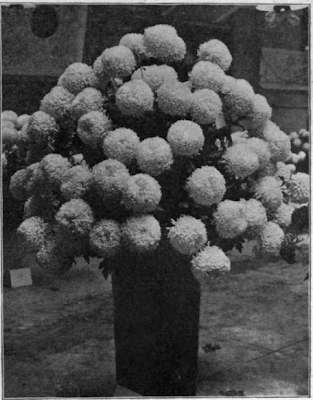 "We have a pair of P. rupicola that in the course of five or six years must have heard the congratulations of the bride's friends, or endured the orchestra's strains, the Easter and Christmas sermons, the orator's eloquence, and the chilly ride to and fro, a thousand times, and still they come up smiling. There is nothing like the phoenix in this respect." 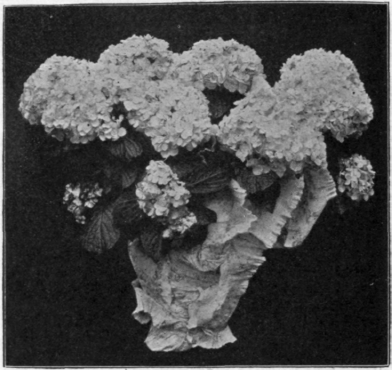 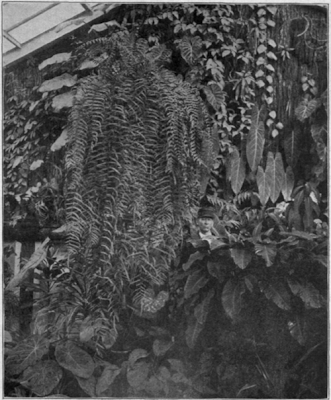 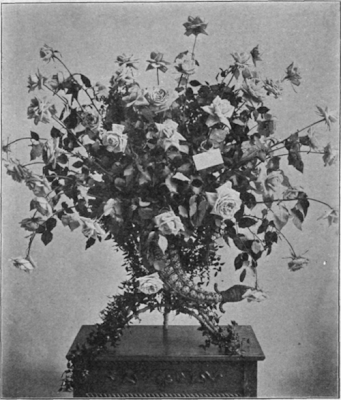 "When the plants are growing fast and we should get a few days dull, moist weather, growth will be very soft and on the return of a very bright, sunny day the tender tips will wilt and scald." 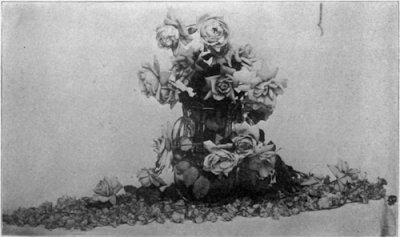 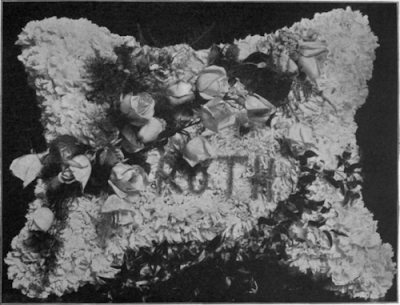 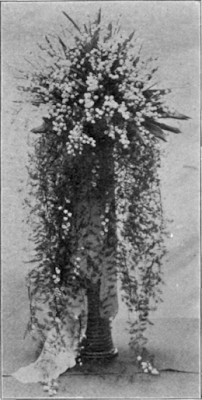 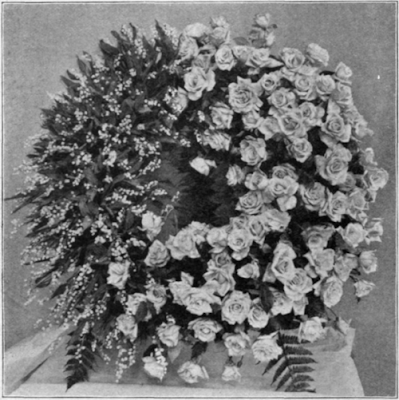 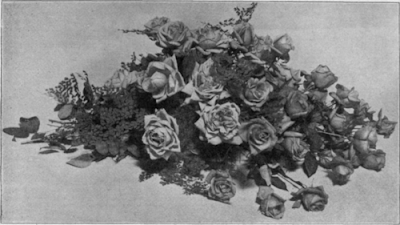 "In cheilanthes the silvery appearance is produced by scales or hairs evenly and thickly distributed over the under surface of the fronds, and in the noble Cyathea dealbata the under side of the fronds have the appearance of being painted. Of all this class, the gymno-grammes are the best known and most useful, and if I could grow only two of them it would be G. chrysophylla, a perfect cloth of gold, and G. chrysophylla Peruviana, with grand silvery fronds." 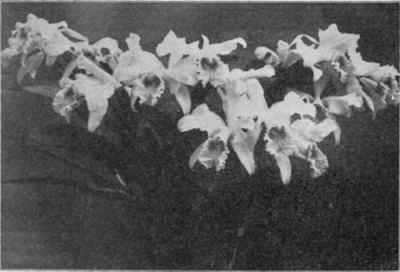 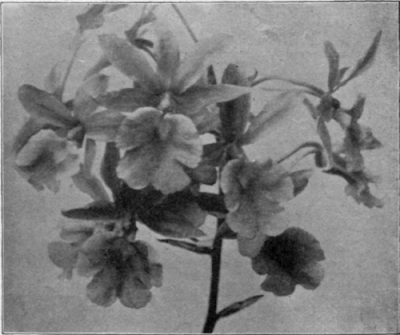 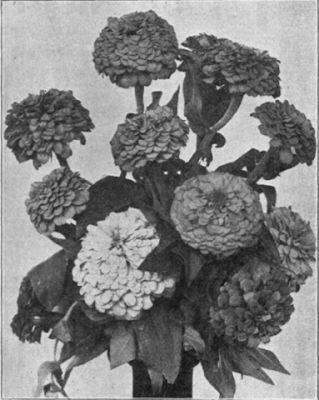 "As curious objects for the fernery or conservatory, they have their place, but that is not in the precincts of the commercial man. But think of the thousands of forms we have that are strange, grotesque, beautiful, graceful, some creeping on wet, cold rocks like a tracery of fine lace, and some of the family rearing their plumed heads 100 feet high in the tropical forest, inhabitants of the earth in the dark ages of the dim past, contemporaries, perhaps, of the giant horse tails that formed our coal, surviving the glacial period. All kindred because the reproduction of the species is the same in all." 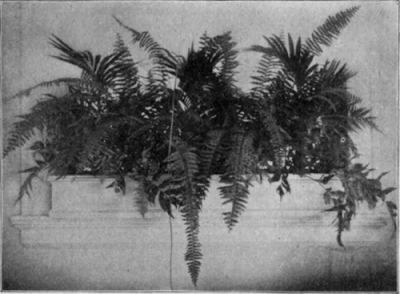 "If you are not brought in contact with any class of plants you cannot quickly memorize their names, but all plants under your care or that you handle you should know correctly. To ask the name in a botanic garden or at your neighbor's and forget it the next moment is waste of time and an annoyance. "Let me see; what is that fern? I forgot." The professor says, "That is Onychium Japonicum." " Oh, yes, yes, yes, of course; and what's that?" And before you have got to the door you have forgotten the very sound of the name.
To be reminiscent once more. Somewhere about the year '60 of last century the writer had the first ' serious attack of the "tender passion." The cause of the attack and outbreak was much his senior, and having no funds to buy an album or a volume of Byron, he made a collection of British ferns, dried them in a book, and presented them, named, and the collection without varieties was almost complete with the exception, perhaps, of ten species. Now, I have forgotten what size glove that young woman wore, or whether her hair was in curls or brushed back a la the Empress Eugenie, but I will never forget how to write Asplenium Ruta-muraria, although I have not seen Ruta-muraria or the old woman nigh on to forty years. Look at a plant and write it down; once written and spelt correctly, you will never forget. The writer has a fair memory for anecdotes, because they can be filled in as you go along, but no good for names unless he writes them down; then they stick in that laboratory which is a mystery to all of us." 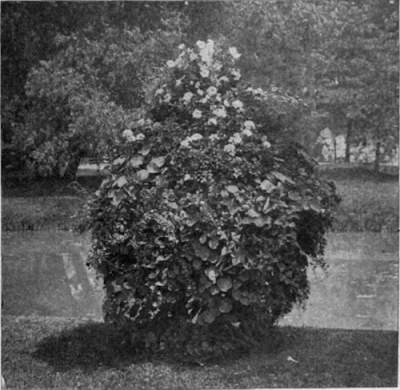 "Carriages and flowers of course come in for a good part of these worthy people 's condemnation. There is no doubt that the expense of many funerals is out of all proportion to the means of the family; it is ridiculous and almost criminal to see such ostentation, and we often suffer from it. An instance occurred the other day. Forty dollars' worth of flowers were ordered and delivered, and a month or so afterwards the collector was told by the poor widow that, " The children had gone too far in ordering," and added that her husband had led a double life, having a wife in St. Louis as well as here in Buffalo, and instead of having $10,000 life insurance, as she supposed, he had none, and she was penniless. And there are lots of such cases."


"Man and other animals hate a draught and so do plants. Man can stand for a while in a gale of wind, and the mercury at zero with no more damage than cold fingers and chilled nose, but let him sit in a warm room with a draught of cold air on him, even if it is only a few degrees cooler than the room, and the result is often pneumonia." 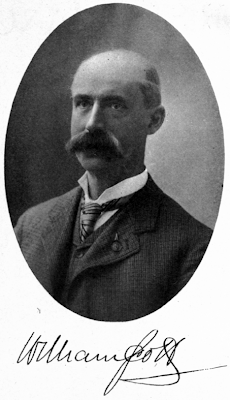 Posted by charles lieurance at 3:26 PM