Though Flannery O'Connor's aphotic Southern Gothic novel takes place just after the end of World War II, director John Huston brilliantly refuses to dress the streets of  late-seventies Macon, Georgia (standing in for the author's Taulkinham, Tennessee) in period trappings, thereby setting the main characters -- who remain bound to O'Connor's time-frame -- in motion like the cast of an urban Passion Play, performed by cartoonish grotesques against a backdrop of drab anachronisms. One can picture this ritual sustained & repeated with feverish inevitability whenever the blood-spattered past rears up to prove once again that it isn't dead, isn't even past. Barbara McKenzie's stills for the opening credit sequence capture the mood perfectly, finding subtle crossroads where the ghosts of the unrepentant Old South intersect seamlessly with a guilefully repentant here & now. 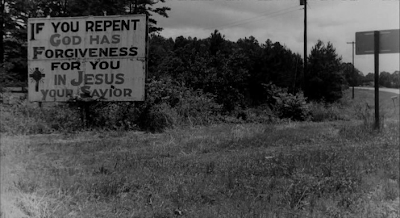 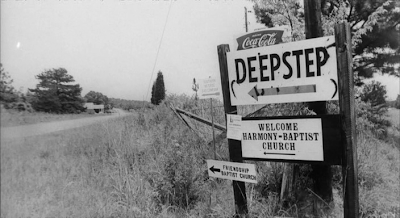 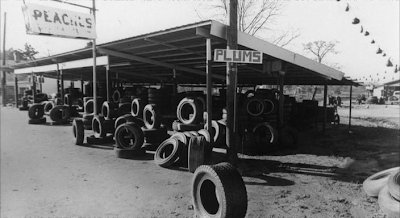 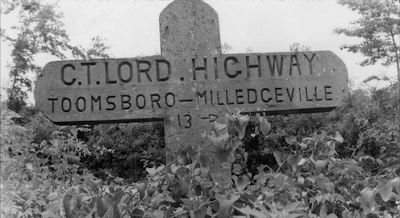 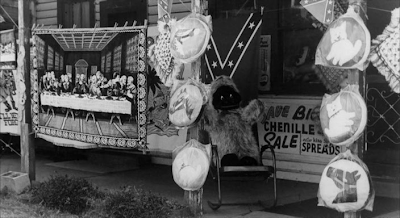 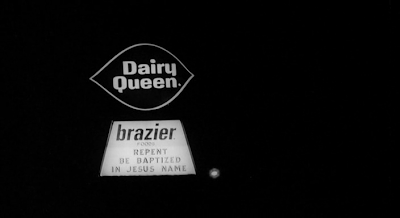 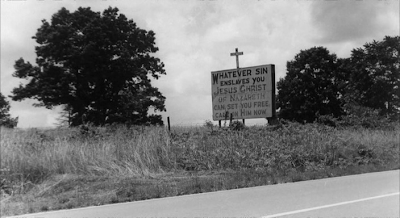 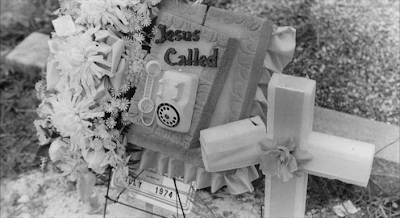 Posted by charles lieurance at 1:15 AM